Zoe Lister-Jones of Life in Pieces and Whitney fame seen topless during a sex scene with a guy, lying on her back under him in bed. After a bit, the guy stops and gets out of bed, leaving her behind as she props herself up on her elbows with her breasts still in view. Eventually, Zoe gets out of bed wearing just a pair of panties. 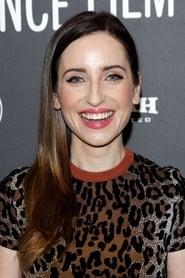