Thandie Newton seen naked from above as she showers, both breasts in view.
Download: MP4 HD | 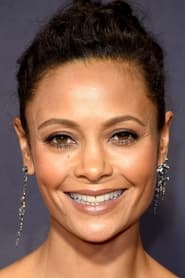 Thandiwe Newton (November 6, 1972)
19Popularity: 19Place of Birth: London, England, UK
Melanie Thandiwe Newton OBE (/tænˈdiːweɪ/ tan-DEE-way; born 6 November 1972) is an English actress. Newton has received various awards, including a Primetime Emmy Award and a British Academy Film Award, in addition to nominations for two Golden Globe Awards. She was appointed Officer of the Order of the British Empire (OBE) in the 2019 New Year Honours for services to film and to charity…
Known for: The Pursuit of Happyness, 2012, Mission: Impossible II

0
Thandie Newton seen naked from above as she showers, both breasts in view.