And here’s a new episode of the adventures of the American girl Scarlet Red in France, for the film “How I became a Sexual Slave”. Her orgasmic shouts can’t let you indifferent.
Aliases: Scarlett Red, Charlotte 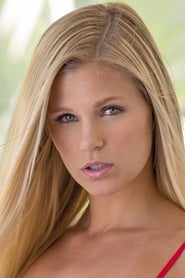 Scarlet Red (August 1, 1992)
7Popularity: 7Place of Birth: Aspen, Colorado, USA
Scarlet Red was born on August 1, 1992 in Aspen, Colorado. The daughter of a snowboard and ski instructor father (she's been a skier since the age of two), Red grew up as a mountain girl in the Aspen and Vail area of Colorado as well as played both soccer and volleyball. Scarlet went to college for art and fashion design and worked as a CNA prior to starting out in the adult entertainment industry at age twenty-one in August, 2013.
Known for: All American Bikini Car Wash, Bigfoot Horror Camp, Axel Braun's Farmer Girls