Naomi Watts reclined in a bath tub with her arms up on the edges before she startles and moves her arms down, giving us a brief peek of her right nipple slipping into view from under the water. In the second scene, Naomi Watts naked in a bath tub with her hands bound to the tub controls. She then works her wrists loose and climbs over the edge of the tub, showing her breasts and bare butt from the side as she kneels over the toilet and forces herself to spit up in the bowl by drinking some soap. 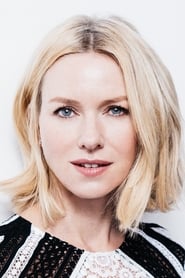 0
Naomi Watts showering, seen through a shower curtain and then showing her right breast as she pulls the curtain aside and holds a towel. We then see her bare butt as she walks naked out of the...

Naomi Watts Wearing a Bikini at The Beach in Barbados

0
Naomi Watts is on vacation in Barbados and that makes for some great bikini candids. We got pokies, a hint of camel toe and even some butt crack...