Michelle Dockery standing facing a guy in a barn as she unbuttons her top and pulls it open, exposing her breasts as the guy runs his fingers down the scar between them and then makes out with her. 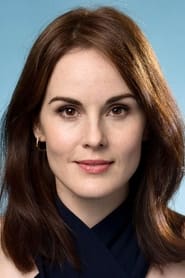 Michelle Dockery (born December 15, 1981 in Essex) is an English actress, mostly on stage, who has become best known for her role as Lady Mary Crawley in the television drama series Downton Abbey. She made her television debut as Susan Sto Helit in Terry Pratchett's Hogfather in 2006…

1
Christiane Seidel naked as she rides a horse side-saddle down a main street in a western town while some people look on. We see her bare breasts as she approaches and then get some rear nudity...