Maria Bamford fully nude standing in a bedroom and talking to a guy who is in bed. She has pixelation over her breasts and bush, but then she begins to dance around and the pixelation doesn’t keep up with her, revealing full-frontal nudity. She then stops moving for a while, covered by the pixelation again before she turns and moves out the door, her bare butt visible from behind with no pixelation. 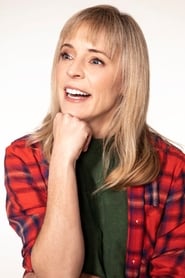