Malin Akerman first showing bare breasts while having sex with a guy at the edge of a swimming pool, her arms wrapped around him as he sits on a bench under the water. We then see Malin lying next to the guy on a towel on a lawn, again showing her bare breasts while she lies on her side talking to him. 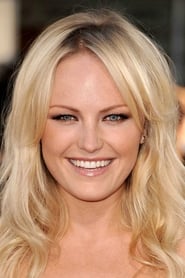 Malin Åkerman (May 12, 1978)
23Popularity: 23Place of Birth: Stockholm, Sweden
Malin Maria Akerman (born 12 May 1978) is a Swedish-American raised in Canada, actress, producer and model. In the early 2000s, she had several small television and film parts in both Canadian and American productions, including The Utopian Society (2003) and Harold & Kumar Go to White Castle (2004)…
Known for: Watchmen, Rampage, The Proposal