Lena bares her boobs, bush, and buns after climbing out of the tub and letting her mom help her get dressed! 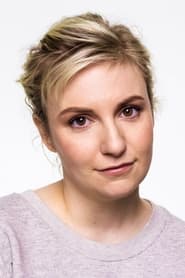 Lena Dunham (May 13, 1986)
6Popularity: 6Place of Birth: New York, New York, USA
Lena Dunham graduated from Oberlin College in 2008, where she studied Creative Writing. Her first short film, Dealing, premiered at the 2007 Slamdance Film Festival. Her first feature, Creative Nonfiction,  premiered at SXSW 2009 and enjoyed a theatrical premiere at Anthology Film Archives. She has made two webseries, Tight Shots and Delusional Downtown Divas…
Known for: Once Upon a Time… in Hollywood, Girls, This Is 40

0
A pregnant Lena lays on a couch in nothing but some skimpy pink undies. In the second scene, brief breasts from Lena as she slowly rides Adam Driver. In the third scene, a pregnant Lena has her shirt...

0
Jemima sits on a couch fully nude eating ice cream, and gives us a nice look at her boobs and bush when she stands up near the end of the scene!

0
Lena goes full frontal for a photoshoot, showing off her girls and everything else.