Keri Russell seen naked from behind in a shower, scrubbing her hair and causing her bare butt to jiggle in the process. 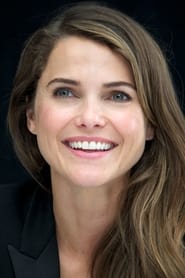 Keri Russell (March 23, 1976)
13Popularity: 13Place of Birth: Fountain Valley, California, USA
Keri Lynn Russell (born March 23, 1976) is an American actress and dancer. After appearing in a number of made-for-television films and series during the mid-1990s, she came to fame for portraying the title role of Felicity Porter on the series Felicity, which ran from 1998 to 2002, and for which she won a Golden Globe Award…
Known for: Dawn of the Planet of the Apes, Dark Skies, Bedtime Stories