Jessica Chastain lying in bed with a guy, on her side at first and then rolling onto her back and flashing her left breast before she pulls a sheet up. She then turns and sits up, showing her bare back while talking to the guy. After a bit, she lays back down and again flashes her left nipple before the sheet covers her once more. 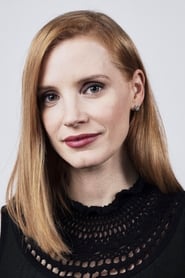