Jennifer Connelly naked with a beauty pageant sash on and some gloves, showing her bare butt and left breast as she sings and dances around a bit in a factory before a guy rushes over to cover her up. 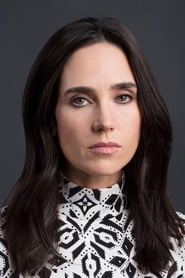 Jennifer Connelly (December 12, 1970)
118Popularity: 118Place of Birth: Cairo, New York, USA
Jennifer Lynn Connelly (born December 12, 1970) is an American actress. She began her career as a child model before making her acting debut in the 1984 crime film Once Upon a Time in America. After having worked as a model for several years, she began to concentrate on acting, starring in a variety of films including the horror film Phenomena (1985), the musical fantasy film Labyrinth (1986), the romantic comedy Career Opportunities (1991), and the period superhero film The Rocketeer (1991)…
Known for: A Beautiful Mind, Requiem for a Dream, Noah