Irina Voronina sunbathing topless as a guy looks at her from the next chair over, Irina showing bare breasts while in a pink bikini bottom. After a while, she turns her head to look at him and smiles. 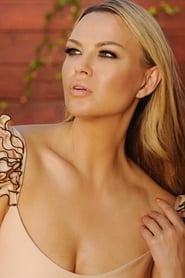 Irina Voronina (December 19, 1977)
4Popularity: 4Place of Birth: Dzerzhinsk, Gorky Oblast, Russian SFSR, USSR [now Nizhny Novgorod Oblast, Russia]
Irina Voronina came from Russia to the United States to become Playboy’s Miss January 2001. Born behind the iron curtain, in the city of Dzerzhinsk (USSR), she couldn’t even dream of leaving Russia. Yet, when the opportunity presented itself, she pursued a modeling career in Europe and moved to Milan, before making her way to the US to take her career to the next level…
Known for: Hollywoo, Piranha 3DD, Balls of Fury