Gwendoline Taylor lying on her back in falling snow as a guy pulls her clothes down to expose her breasts before leaning over to kiss her chest. 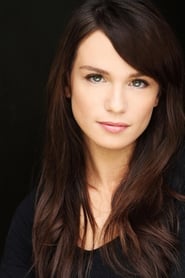 Gwendoline Taylor (November 2, 1987)
9Popularity: 9Place of Birth:
Gwendoline Taylor is an actress from New Zealand. She first appeared on screen in 2007 in Show of Hands, which was filmed in her hometown of New Plymouth. In 2008, Gwendoline moved to Auckland to study post-production at South Seas Film & Television School, where her tutors insisted that she belonged in front of the camera…
Known for: Spartacus, Sione's 2: Unfinished Business, Someone to Carry Me