Diane Lane straddling a guy as they make out on a bed and he squeezes her breasts through her nightie while they film each other. In the second scene, Diane Lane trembling as a guy kisses her bare stomach and between her legs before removing her panties and having sex with her. In the third scene, Diane Lane giving us a few nice views of her lovely breasts while she sits in a bathtub, and then seen nude from behind as she climbs out and puts on a bath robe. In the fourth scene, Diane Lane having a guy squeeze her bare breast as they make out in a bathroom, and then we see the side of her ass when they have hard sex up against the wall. In the fifth scene, Diane Lane sitting on a bed as a guy unhooks her bra from behind and then cups and squeezes her nice breasts with his hands. In the sixth scene, Diane Lane making out with a guy in a hallway near a stairway as he pulls down her panties and has great sex with her from behind. In the seventh scene, Diane Lane undressing in a hallway, pulling her sweater off to reveal a see-through black bra and a pair of panties. She then removes the bra, going topless as she reaches for a robe. She puts the robe on but doesn’t tie it closed, so when she pulls her panties down, we get a flash of her bush, too. In the eighth scene, Diane Lane sitting in a movie theatre as a guy kneels down in front of her and goes down on her as she grabs his head. 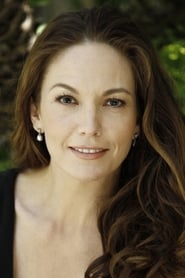 The two films that could have catapulted her to star status, Streets of Fire and The Cotton Club, were both commercial and critical failures, and her career languished as a result…

Known for: Inside Out, Batman v Superman: Dawn of Justice, Man of Steel