Deborah Secco undressing near a swimming pool, stripping down to her panties as we see her topless. A guy watches as she then gets into the water and we see her breasts some more as she floats on her back. In the second scene, Deborah Secco sitting in a chair as she begins to undress, going topless and then standing up to slide her shorts off and reveal her panties as a guy watches and also undresses. She then kisses the guy and places his hand on her breast before they move to a table, where she lays down naked on top of him and puts her left breast in his mouth so he can suck on her nipple. We also see a bit of her bare butt as she then begins to have sex with him. In the third scene, Deborah Secco undressing on a beach, pulling her dress off to show her breasts first from the side, and then showing her butt as she slides her panties down and then walks naked down toward the water with a guy next to her. In the fourth scene, Deborah Secco sitting down on the edge of a bed as a guy unzips her dress. We then see her breasts as she lies on her back topless and the guy pretends to put on a condom and begins to have sex with Deborah before she stops him, rolling onto her side naked. In the fifth scene, Deborah Secco pulling her shirt off to go topless as she approaches a guy and then makes out with him. He reaches up to squeeze her breast and kisses her chest as another guy looks in on them. In the sixth scene, Deborah Secco lying naked on her side in bed, first showing her left breast and then showing her butt from behind as she lies still in one position. 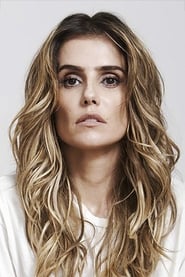 Deborah Secco (November 26, 1979)
2Popularity: 2Place of Birth: Rio de Janeiro, Brazil
Deborah Secco was born on November 26, 1979 in Rio de Janeiro, Brazil as Deborah Fialho Secco. She is an actress and producer, known for Confessions of a Brazilian Call Girl (2011), Good Luck (2014) and America (2005). She has been married to Hugo Moura since 2015. They have one child. She was previously married to Roger Flores and Rogério Gomes.
Known for: Confessions of a Brazilian Call Girl, My Uncle Killed a Guy, Caramuru: The Invention of Brazil