Brianna Brown – The Evil Within

Brianna Brown standing in a hallway as she talks to a guy and takes her dress off as he watches. We see bare breasts from Brianna and then she steps backward, showing full-frontal nudity. 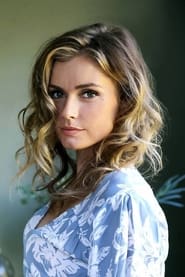 Brianna Brown (October 2, 1979)
8Popularity: 8Place of Birth: Saint Paul, Minnesota, USA
Brianna Lynn Brown is an American actress and producer, known for her television roles as Lisa Niles in the ABC daytime soap opera General Hospital, and as Taylor Stappord in the Lifetime primetime soap opera Devious Maids.  Brown was born in Saint Paul, Minnesota and attended St. Olaf College. After starting out as a singer, she made her first on-screen appearance in 1999 in the episode of NBC series Freaks and Geeks…
Known for: Spider-Man 2, The 40 Year Old Virgin, Knocked Up